Home > Exhibitions > AN IMMEASURABLE DISTANCE at The Lock-up 2019 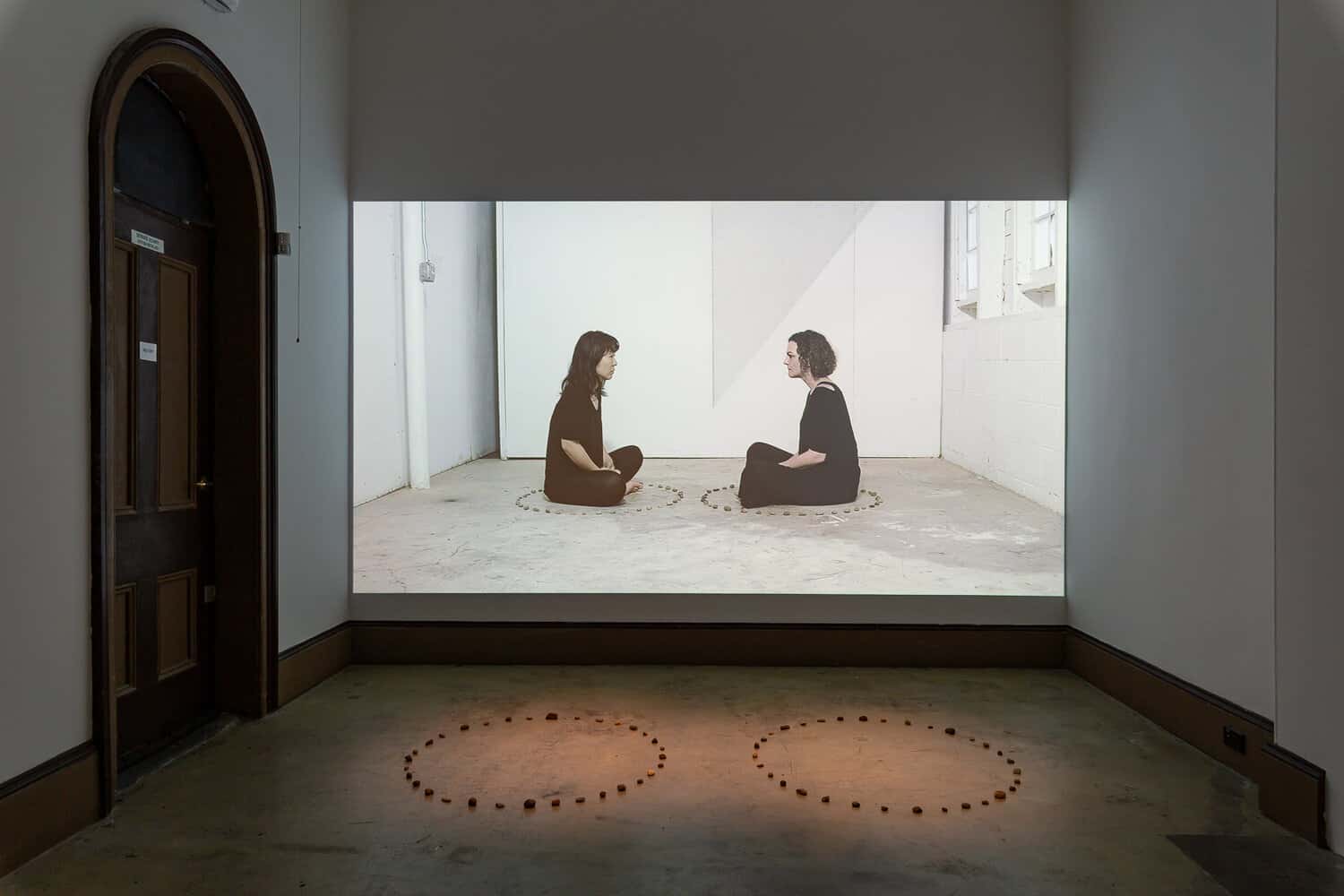 AN IMMEASURABLE DISTANCE was a solo exhibition by Emma Fielden which explores the nature of infinity, the universe and our human place in it. It began with the idea that pondering infinity might allow the mind to reach out beyond the boundaries of a confined space. The exhibition brought together The Lock-Up’s distinct architectural history as prison, a place of confinement, and Fielden’s ongoing examination of infinite and infinitesimal phenomena.

The exhibition included installation, sculpture, performance and video works developed between 2015 and 2019. Some of these works were presented largely unaltered, activating the space in their original forms, while others had been revised in response to the site. There were also a number of new works, which had been developed for this exhibition.

“Let’s start with the furthest reaches of space, with the biggest picture. Distant Orbits (2016-19) in the Main Gallery is an immersive installation of thread, magnets, and projections suggesting the transit of blues across the heavens; it evokes the magnitude of the planetary systems, if one were able to see them from afar. Working with astronomer Dr. Andrew O’Brien of Western Sydney University, Fielden translated the pull of dark matter across time and space into threads that meet at magnets, which stands in for gravitational pulls. If Distant Orbits is on one level a practical walk-in model of the skies, it’s also a site of speculative wonder: we are immediately situated at the conjunction of the grand and the minuscule that reveals we are an integral part of something huge but are always, simultaneously, unimportant.

Around Distant Orbits is a constellation of works addressing different corners of this imagined universe, and particular aspects of the ideas that strive to capture its glorious enormity, drawn from physics, mathematics, philosophy, and from poetry and the other arts – Carol Jenkins’s 2007 poem, When Years Take the Stars Away, is a case in point. Some works sit in oppositional relationships: in A Moment in Darkness (2019), in Cell A, magnetized black pigment covers the entire floor, its heavy light-absorbing surface disturbed only by the powerful pull of the magnets sitting at its centre; in From Nought (2019) in Cell D, on the other hand, fine white threads rise up to the window, finding ultraviolet light in the darkness that then runs down their length to the corner of the room. Despite their differences, both works are conceptually close to From Void (2019) in Cell E, where a white marble square covered with black ink is kissed by hanging threads, which then draw the ink up their length towards the ceiling and, eventually, to the sky; and that in turn owes to the earlier ink drawings Gravity and Lightness (2018), in the Small Front Gallery. With all these works Fielden explores how to make actual, and visible, the physical phenomena we know from that beautiful place where speculation meets the cosmos. Which are often theorised into existence before there ways to see them.”