PIERS GREVILLE ‘What is Here’ at Manifesta 14

Piers Greville’s ‘What Is Here’ is being exhibited at the European Nomadic Biennial ‘Manifesta 14’ from 22.07. – 30.10.22, as part of Petrit Abazi’s curatorial premise ‘Unbordering Worlds: New Narratives for Northern Kosovo’.

A swim is as good as a bridge. Mitrovica, in the north of Kosovo is a city split in two. In the north is mostly an ethnic Serb population, while the south has a population and government that is largely ethnic Albanian, integrated with the rest of Kosovo. The main bridge had become a symbol of division since the war, in 1999. It is watched over by International and NATO forces and the River Ibar has become a mental borderline.
The work features a live streamed projection performance as a gesture of solidarity that activates the River Ibar and “symbolically draws the landscape together through an act of swimming.” Situated at a broken bridge in Mitrovica over the opening days of Manifesta 14, participants took turns to swim against the river’s current, remaining on the spot. The artist measured the water flow and distance of water swum over three days, covering more than 35.1km downstream from beyond the Serbain border.

This stationary swimming was surveilled by a flower-meter in the water and camera overhead, mounted on surveyors poles. The data was then video streamed to the Grand Hotel Prishtina, room 506, and projected onto the hotel’s green carpet which forms the centre panel of a triptych, in between two flags drawn on silk. The flags represent the terrain on either side of the River Ibar. As maps, these flags show no paths; as landscapes, no horizon; and as flags they claim no territory.

Regarding the silk flags, the artist says: “My great uncle had old maps from the 1940s which he had used in World War II, monitoring the advance of the Imperial Japanese army. His maps were printed on silk, so as not to tear in the fierce humid winds in those old planes. I picture these maps flapping  in his hands, flying through the highlands, themselves forming an endlessly shifting terrain over contested territories.”

The work’s title ‘What Is Here’ is not a question nor an answer, but an evocation of the struggle to remain in defiance of the current. A conscious presence brought about by the meditative focus of stationary river swimming. In the mind of the swimmer, as the sound is distorted and suppressed, the eyes are trained on three pebbles which become still markers on the riverbed. In the chaotic struggle to remain, the marker becomes the focus and essence of ‘staying with the trouble’. The people of the two Mitrovicas are also in this struggle: they remain, due to their steadfast action in spite of pressures flowing from far away.

Piers would like acknowledge the working support of Mark Simpson and Manifesta 14 Prishtina for their commission. 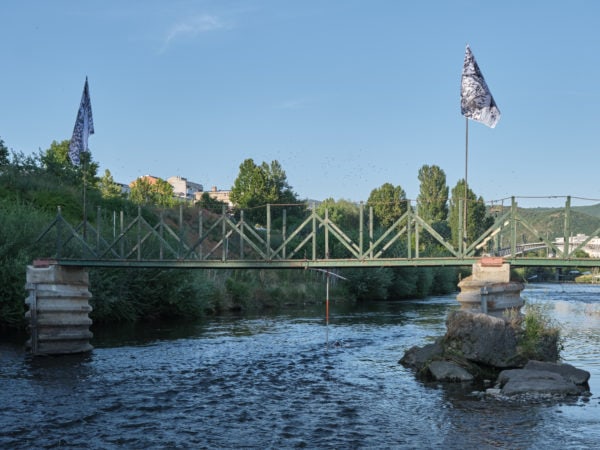 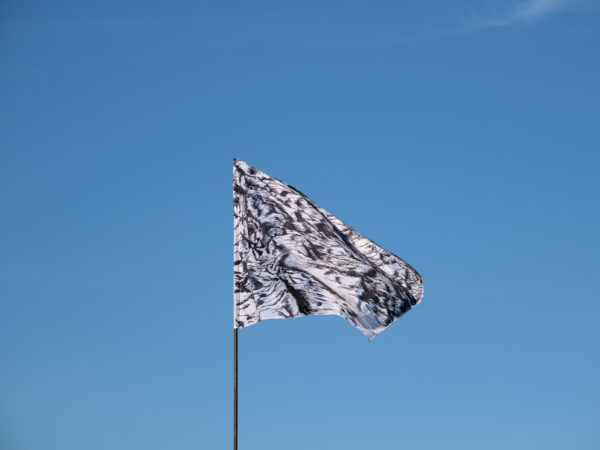 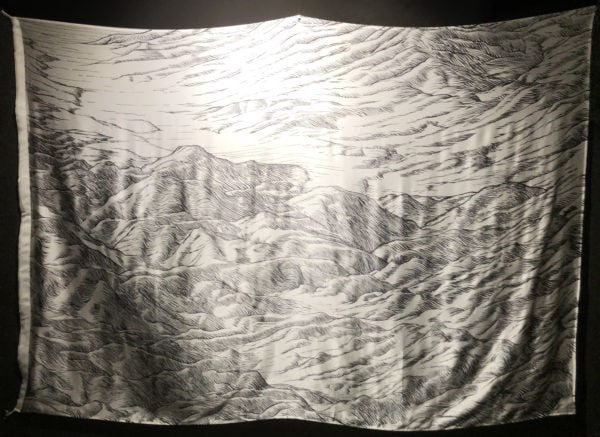 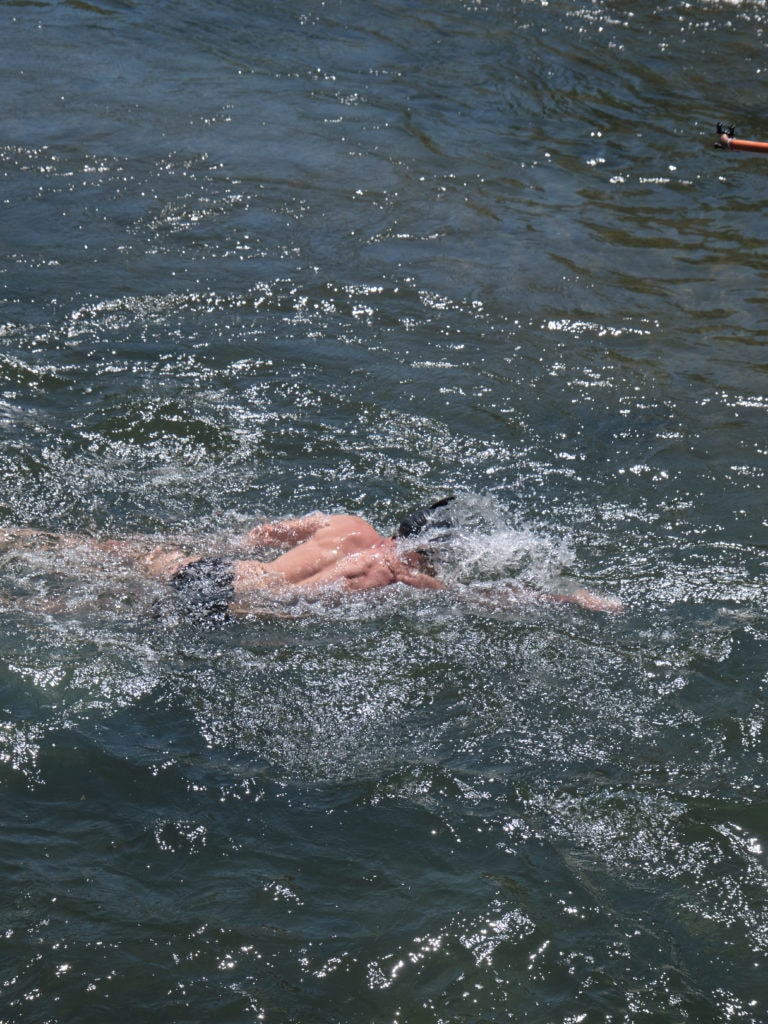