Dominik Mersch Gallery is pleased to announce that Philip Wolfhagen and Tim Johnson will be part of an exhibition at the Royal Academy of Arts in London, which opens today.

The exhibition Australia is the most significant survey of Australian art ever mounted in the UK. Focusing on the influence of the landscape, Australia will span more than 200 years from 1800 to the present day and will feature over 200 works, including paintings, drawings, photography, watercolours and multimedia. This ambitious exhibition will bring together works from the most important public collections in Australia, the majority of which have never been seen in the UK before.

Australia aims to evoke a sense of the distinctiveness of the Australian landscape whilst considering the art historical developments and contributions of Australian art across the last two centuries. It will show how in the nineteenth century an exploration of national identity allowed artists a freedom to define themselves, away from the rules of the European tradition. That focus on the landscape and its complex, deep-rooted connections to national identity, has continued in the work of Australian artists to the present day. 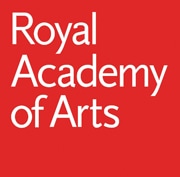