Gregor Schneider’s installation Kreuzweg (Way of the Cross), currently on display at St. Mathhews Church in Berlin, is a dark black passageway in the shape of a cross. The cross-shaped structure has four openings, one in each of its ends, through which the viewer can enter and exit. The shape of the cross is fully obtainable only from an aerial, God-like point of view. Upon entering the passageway, the viewer loses the formal contour of the structure, as the contour of his/her own body becomes blurred, melting into the indefinite blackness surrounding it, in which the distinction between one’s own outer/physical and inner/psychological space is no longer clear.

Obviously, Kreuzweg bears a direct reference to the Crucifixion of Jesus Christ. Rather than merely formal or iconographic, the reference to the Crucifixion is also experiential. Kreuzweg stages a theatrical rite of passage, a liminal scenography that strips viewing subjects walking through the passageway of their identities and everyday concepts of time and place, after which they are born again, reemerging into a world of a higher order juxtaposing terminality with resurrection.

Kreuzweg is the current culmination of the redemptive theological thread that runs through Schneider’s oeuvre. It is the explicit conclusion of many earlier works. One example of which is CUBE (2005-07). Schneider’s CUBE is a gigantic cubic outdoor structure covered in black cloth, seemingly replicating Islam’s holy edifice of the Kaaba. Formally, a flattened cube results in a cross. In this sense, Kreuzweg is the spatialization of CUBE after it was flattened. The geometrical link between the two works enables Schneider to incorporate CUBE’s scenario of circumambulating a black void into the immersive walked-through black void of Kreuzweg. 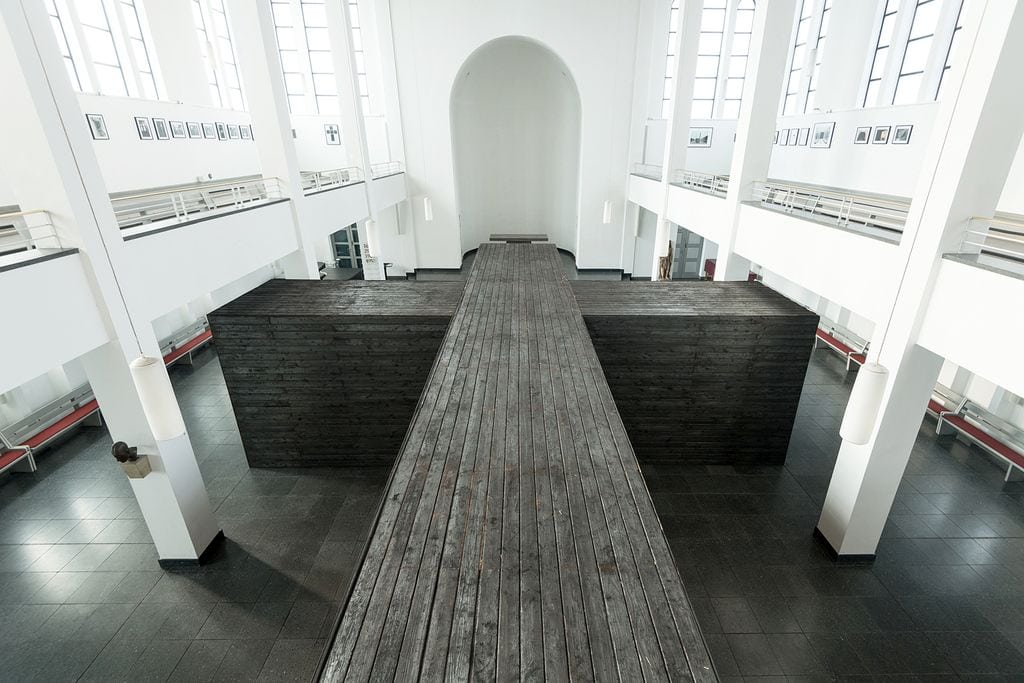