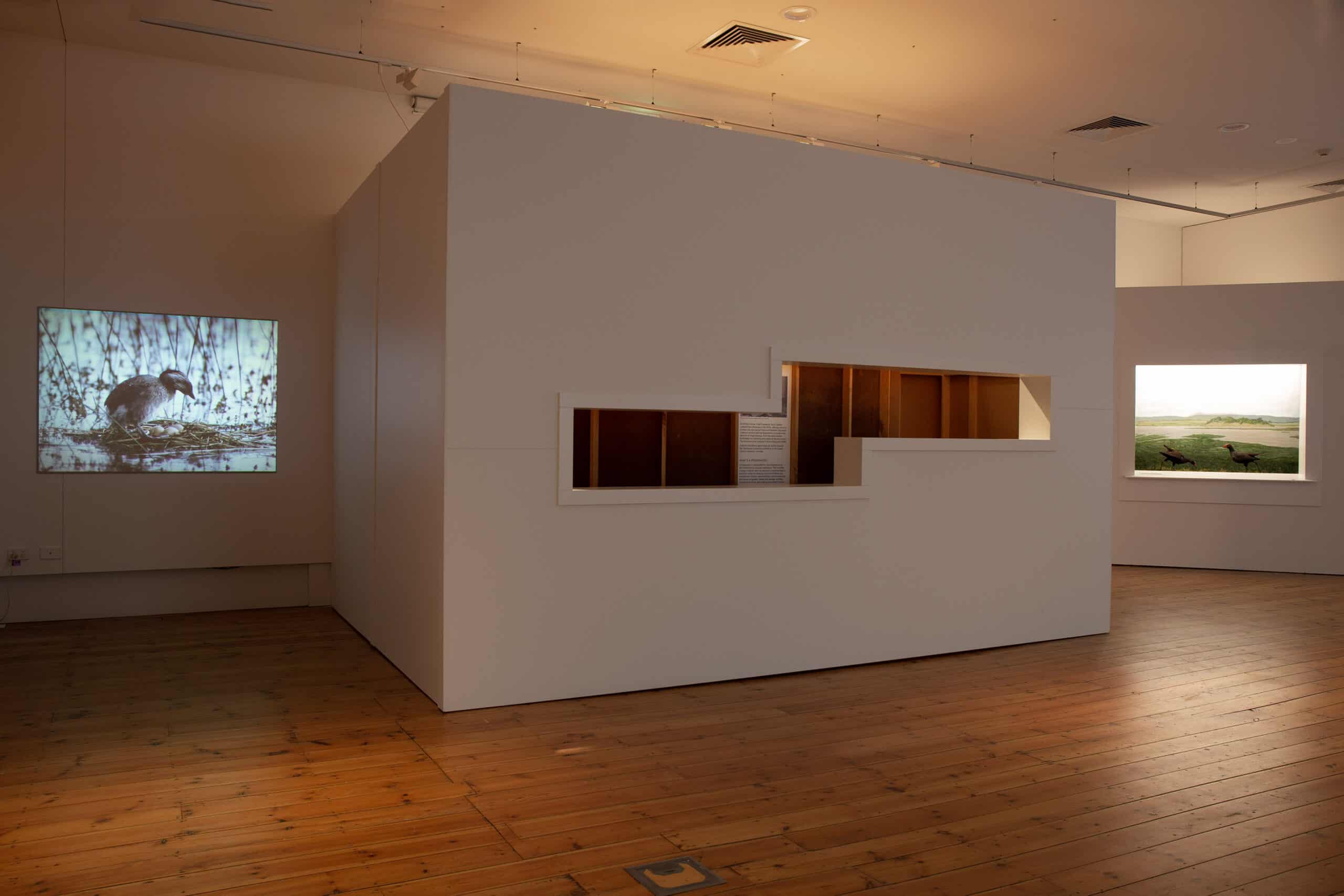 For the ehibition ‘Lost Landscapes’ Anne Zahalka turns her lens to QVMAG’s historic dioramas in the next stage of her ongoing series, Wild Life.

Zahalka’s series unearths early Australian dioramas from natural history museums around the country and recreates them in a contemporary frame. Contrasted with the original dioramas, these works raise unsettling ethical and environmental issues, reflecting on the changing role of public museums and their collections.

In reviving the original dioramas and contrasting them with her newly staged ones, Zahalka is reminding us that museums are political spaces. What initially seems like an objective natural history display actually contains powerful messages about the way institutions privilege particular narratives about the environment.

In an era of climate change awareness, this exhibition encourages audiences to question the information they receive from all sources, including museum displays.

Tim Martain’s review of the exhibition is published on The ReviewBoard;

“The entry to the exhibition features the restored Macquarie Island diorama, with penguins and gulls on the rocky shore of a sweeping, pristine bay. But Zahalka’s reimagined version nearby shows Macquarie island as it is now, a base of human scientific operations, largely in the name of conservation.

In the background are the brightly coloured, egg-like structures that serve as shelter for humans, with another being flown in by helicopter. And the beaches beyond are littered with rubbish and teaming with huddled, penguin-like groups of scientists, giving the piece its title, ‘A colony of boffins.’

It feels like the scientists are the ones being observed by the birds.”