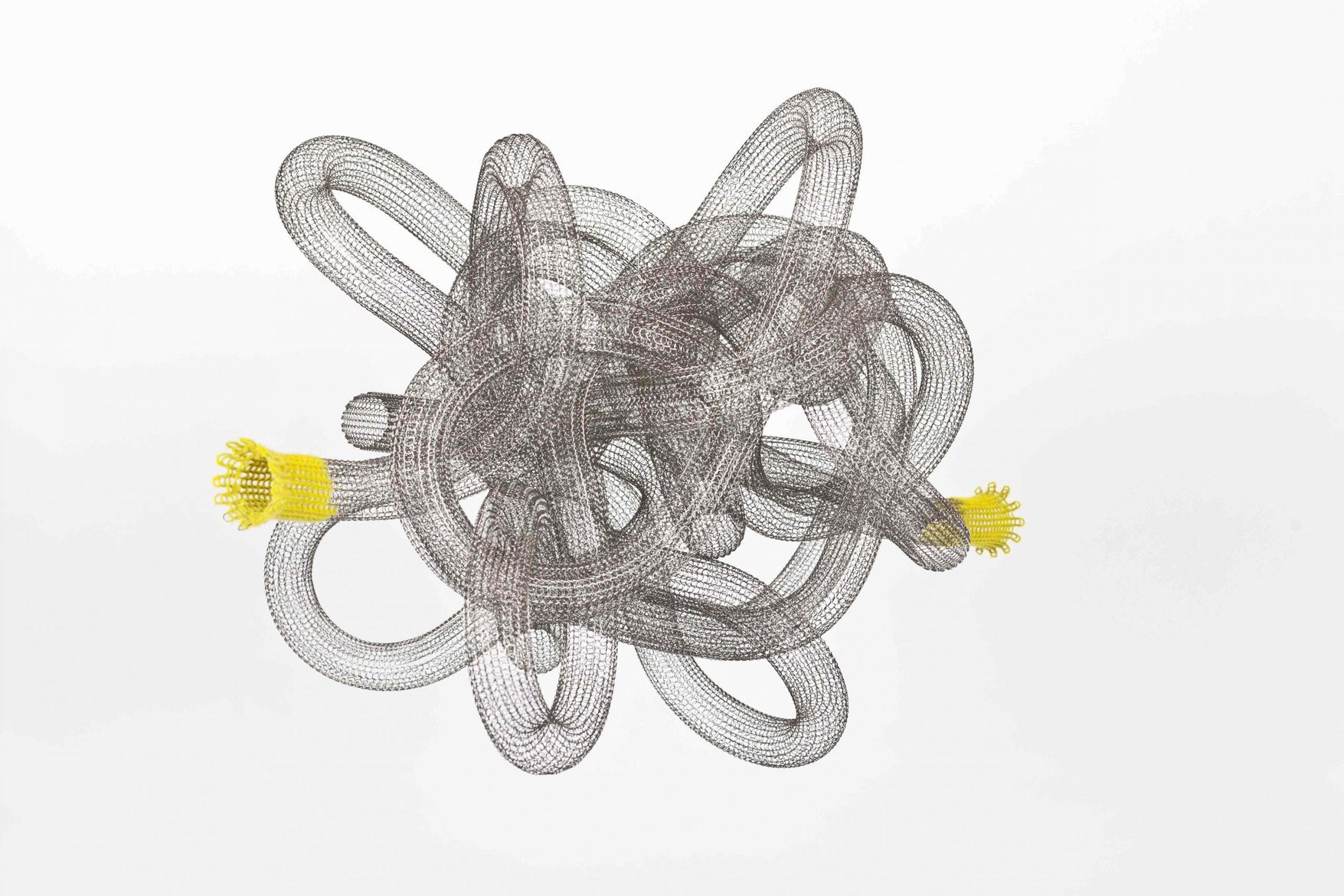 New Zealand-based British artist Kevin Osmond takes inspiration from both the cosmic swings of planets and the orbits of minute protons and electrons around a nucleus. These two vastly different scales and their kindred movements are at the centre of Osmond’s first solo show with DMG ‘Inner space – Outer space’.

Osmond’s exuberant hanging mobiles suggest celestial collisions and atomic free-wheeling, moving between chaos and order in their structure. His practice also encompasses meticulous drawings and hand-routed wall pieces, which speak to his affinity for mathematical precision and eye-popping patterns. His attention to detail extends to his wall sculptures that involve hand-dipped orbs that pulse and spiral out from the centre.

Osmond is currently working on two large-scale commissions for the Bay Tower on Auckland’s water front and has completed commissions for the Royal Hospital and the Economist Building in London. He is the recipient of the Credit Suisse First Boston Sculpture Prize, the Penguin Books Sculpture Prize, and the Mark Tanner Sculpture Award. Osmond regularly shows in the US, exhibiting alongside Alexander Calder, George Rickey, Carlos Cruz Diaz, and Victor Vasarely in Kinetic and Op art surveys.