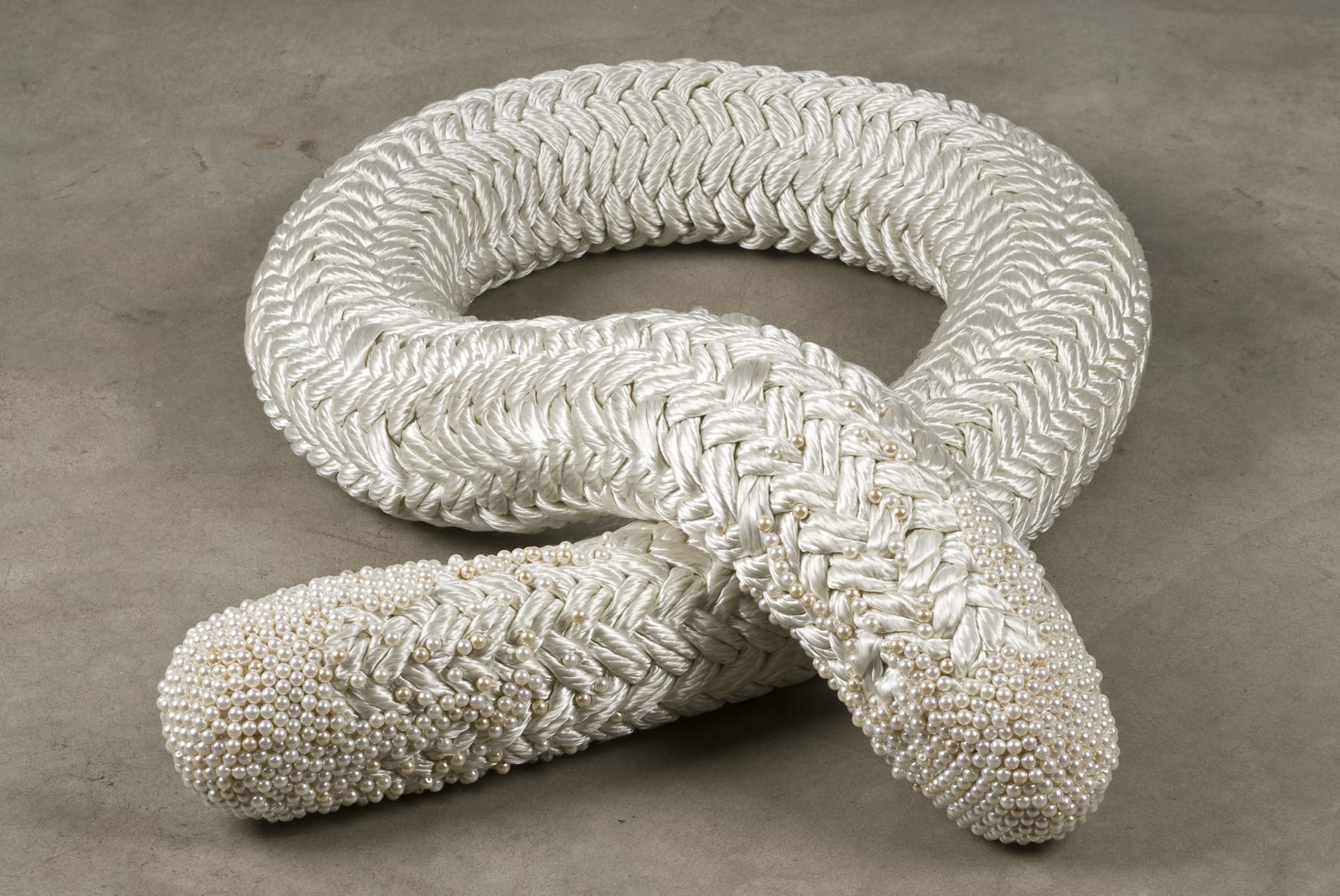 Dani Marti’s new works speak of the ‘between’ that exists in minimalist art, within both the fine, stream-like drawings of Agnes Martin and the solid presence of Donald Judd. These works are composed of ordinary materials like sailing ropes, road reflectors and Venetian blind cords that have been wrestled into sensual, abstracted forms.

Marti surrenders to his materials in a labour-intensive process that is both tender and arduous. In turn, his signature reflector works flirt with the viewer’s perception through the rhythms of closely-related colours interwoven to create a kinetic surface. The light bounces and ripples in relation to the viewer’s body and the light of the space, feeding into the idea of a ‘between’ space that is ever-changing.

Dani’s use of ropes is grounded in the performative act of making, where the strength of the artist’s body is present on the surface of each ‘painting’. The rhythmic repetition of Marti’s new series of white rope works reinforces the time and effort required to make each piece. Each work has an underlying formula alluded to in the title – such as (H2/3-60) and (H3/3-60). Through this seriality, Dani stretches the very physical act of weaving across multiple surfaces.

Alongside these white rope works, Marti offers a departure from his minimalist rigour with ‘Shield’. He describes this evocative work as one that ‘evolved’ unexpectedly through the weaving process, emerging organically out from the frame. Using the same stitching as his series of grid-like works, his shields have “come from something very rational, like early Le Corbusier,” towards the emotional and visceral.⠀
⠀
“In the process of making this one, I was close to destroying it three or four times. … There is no structure underneath. It’s just the pressure of the rope and the way it is woven that gives it that shape. For me, there is a sense of imploding, protecting itself, of surrendering.”⠀

Lastly, the Medusa-like throng of Marti’s ‘Last Days of Disco (My Sad Captain)’ is made up of industrial ropes adorned with delicate glassy beads. They make a sumptuous knot on top of a plinth that recalls an 80s dance platform. The entanglement is both highly sensual and somewhat melancholy.

Marti’s ‘Between’ explores the space between abstraction and narrative, where the viewer is lead to see both formal patterns and the sensuality of bodily presence.