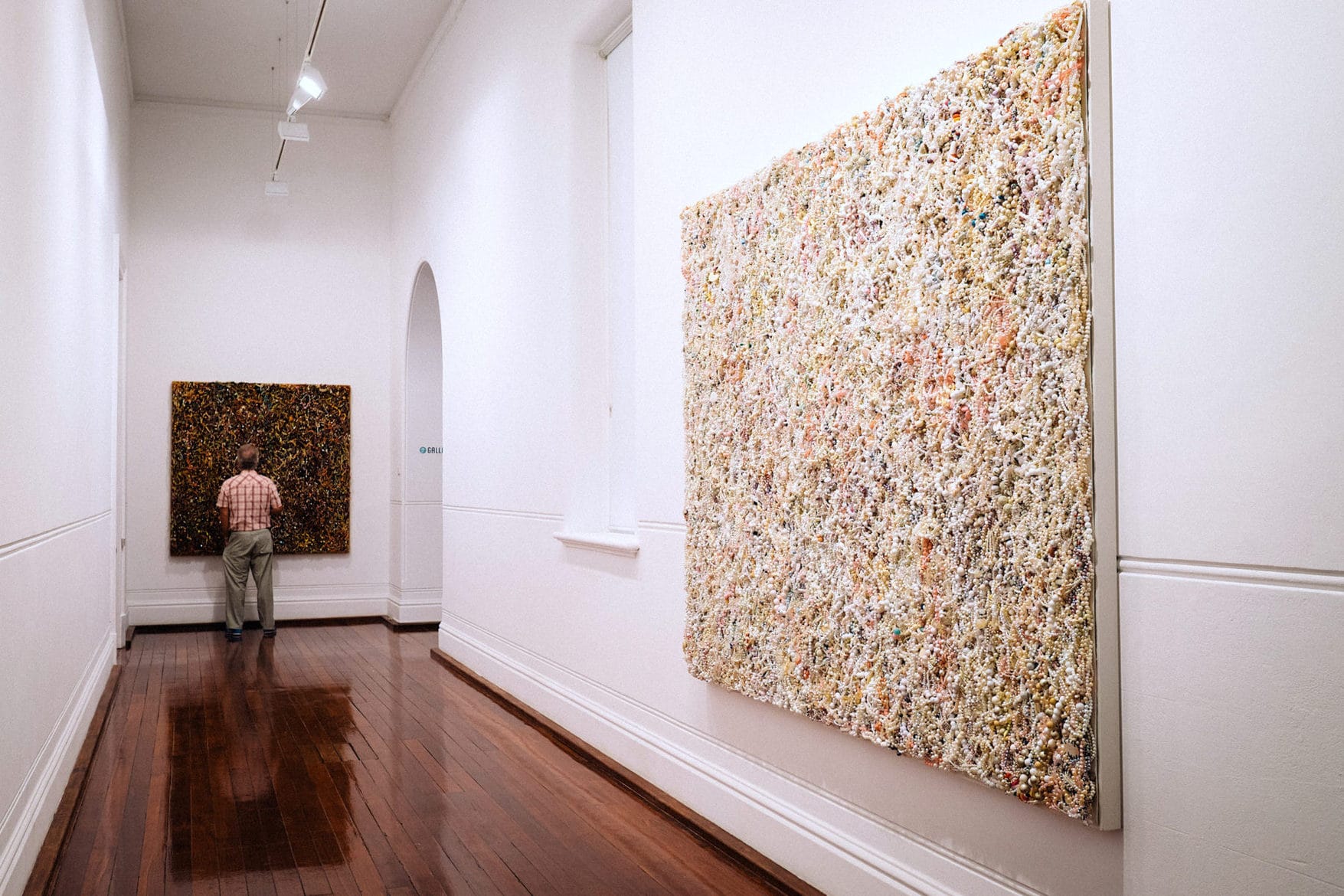 Black Sun is both seductive and confronting. Marti uniquely combines video and textiles to create portraits reflecting encounters with family, lovers and strangers. His works are intense in their scrutiny, alive in their passion and ask poignant questions about sexuality, intimacy and the efficacy of relationships.

The woven works in Black Sun are simultaneously abstract and full of material meaning. They are a luscious monochrome of blacks and greys, interspersed with sensual dark reds and purples and occasionally interlaced with green, yellow or white. The colours and materials Marti selects are directly influenced by his memory and impression of his encounters with his subject. These are portraits, not in a “likeness” but as abstracted residue of moments. Incredibly tactile and visceral, Marti’s portraits exude lusciousness built around trust, power and play; they engage belief in portrayal while understanding its impossibility. In this sense their surface abstraction makes for the only honest representation possible when attempting to capture what is beyond appearance, what is lived through the senses and remembered by the body. Each bead, each reflector, each necklace is painstakingly placed as a physical acknowledgement of a time, place and subject – and like all moving memorials, Marti’s work is deeply personal and revealing.

Showing among the woven pieces, Marti’s video work draws from the sensual nature of personal encounters. Filmed as close-ups with restricted depth of field, the video works in Black Sun (Llorana, Notes for Bob and Golden Years) imbue a claustrophobic, engulfed experience for the viewer, pulling you into the scene through an almost uncomfortably over-familiar use of the lens. Llorana is a touching, powerful piece of video narrative documentation. Showing the artist’s mother crying on a nearly 17min loop, the intensity of the work is only matched by its sombre sensitivity. Likewise Notes for Bob, both in its audio and video state allows us to venture into the fetish world of a blind man whose sexual experiences are derived through sound and touch. Shot on a recent Australia Council residency in New York, Notes for Bobis documented in a beautifully supportive manner, allowing us entrance into Bob’s world of desire and need.