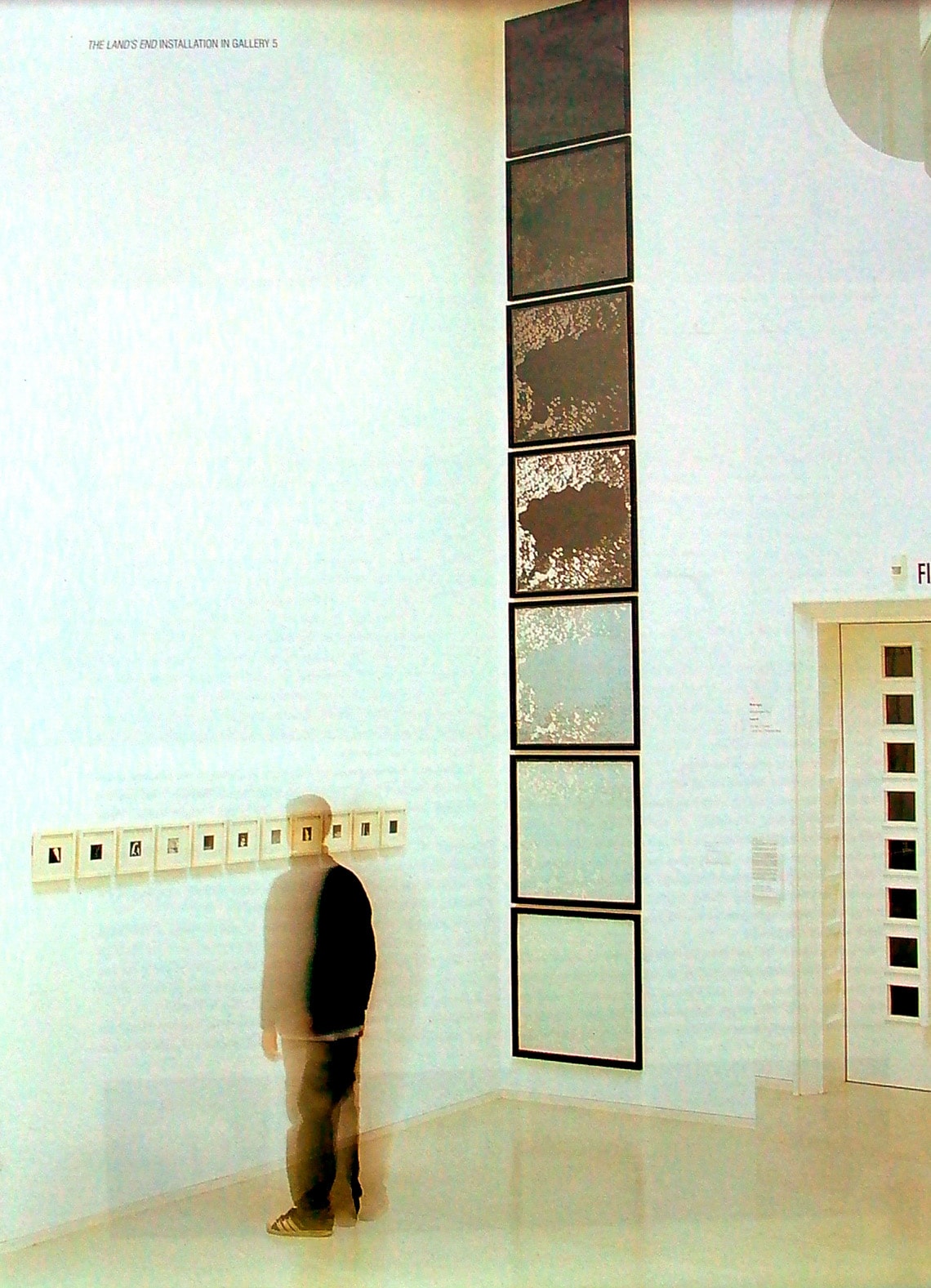 In 1993 Beard established his base in Portugal, where he resided close to Sintra, on the coast north of Lisbon, and painted a whole series of works based on the rock formation of Adraga.   He has himself described the impact of this rock:

“I was on the cliff and I saw this incredible rock in the sea: a pyramid in the sea, an equilateral triangle.   Everything seemed connected to what appeared before me. I found a motif that I knew I would return to – it was always going to be there. The rock had an impregnable majesty, a lifeless finality animated and metamorphosed through light.  The light revealed the energy and force of the sea – an orchestration of submission and reaffirmation.”

These works, many of them drained of colour and slightly glacial, freely demonstrated the effect of light on water, the storm in the sea, and the battering of the waves on a rock formation.   They were widely exhibited.

In 1998 he was Artist-In-Residence and his work was the subject of a solo exhibition titled After Adraga at the Tate St Ives in the UK.